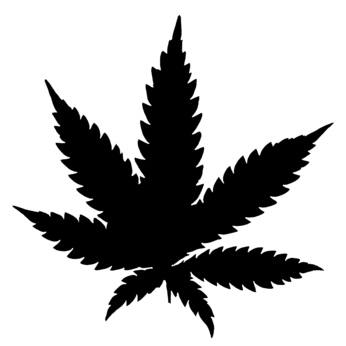 following the use of cannabis during adolescence, according to new research.

The research was conducted by the Royal College of Surgeons in Ireland (RCSI) and is published in Nature’s Neuropsychopharmacology.

The researchers explain that the COMT gene gives instructions to make enzymes which break down dopamine.  Dopamine is a chemical messenger or neurotransmitter which helps to conduct signals from one nerve cell to another.  This occurs particularly in the brain's reward and pleasure centres.

The use of cannabis during adolescent years and its interaction with certain forms of the COMT gene have been shown to cause physical changes in the brain and also to increase the risk of developing schizophrenia.

The lead author of the study Dr Aine Behan of the Department of Physiology at RCSI, said ‘This is the first study to show that the combined effects of the COMT gene with adolescent cannabis use cause physical changes in the brain regions associated with schizophrenia.  It demonstrates how genetic developmental factors interact to modulate brain function in schizophrenia and supports previous behavioural research which has shown the COMT gene to influence the effects of adolescent cannabis use on schizophrenia-related behaviours.’

Behan added ‘The three areas of the brain assessed in this study were found to show changes in cell size, density and protein levels.  Increased knowledge on the effects of cannabis on the brain is critical to understanding youth mental health both in terms of psychological and psychiatric well-being.’