When I was a young BBC reporter I once had the unenviable and distressing task of visiting a local  prison where there had been two suicides that year.   I have since had more personal experience. 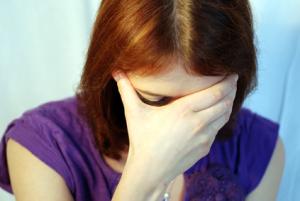 So it is not easy for me to report that official statistics, just out, show that there were 5,608 suicides in people aged 15 and over in 2010 – only a very slight drop of 67 from the previous year.     The statistics show that men were three times more likely to take their own lives than women, and particularly at risk were over 45s.

Commenting on the ONS figures, Stephen Platt, Samaritans’ Trustee and Professor of Health Policy Research at the University of Edinburgh, said:

“The latest UK suicide figures show that men remain a high-risk group, being three times more likely to take their own lives than women. It would appear that national strategies and services are failing to reach and engage men, which is why Samaritans launched a campaign in late 2010 to target working class men who are the most at risk. For the second phase of the campaign, Samaritans is working with social scientists to enhance our understanding of the causes of increased suicide risk in this group, so we can find ways to reach them and provide the right support.

”The UK suicide rate in 2010 has changed little compared to the previous year, and generally, over the past decade there has been a welcome downward trend.  However, there is considerable research evidence that economic recession is linked to higher suicide rates. During the last recession in 2008, there was a sharp rise in suicide which bucked the overall downward trend. As the UK economy remains in danger of slipping back into recession, we therefore all need to remain vigilant for the signs of distress and suicidal intent.

Samaritans is probably the best-known helpline for people in emotional distress – including suicidal thoughts – in the UK and Ireland.   On World Suicide Prevention Day in September, Samaritans launched a hard-hitting campaign aimed at preventing suicide in men.

The advertising campaign, Men on the Ropes, aims to reduce the more than 4,000 male suicides that happen each year by persuading men in distress to talk about their problems and consider calling Samaritans’ helpline.

With its boxing theme, the campaign specifically targets working-class men in their 30s, 40s and 50s, who are the most likely of all to die by suicide, including those on the railway. Network Rail is backing the campaign as part of its five-year partnership with Samaritans to reduce railway suicides by 20 per cent.

Rachel Kirby-Rider, Samaritans’ Director of Communications, said: “We believe that many men don’t feel able to talk about their feelings and, instead, either bottle them up or let them spiral out of control, sometimes with tragic consequences. The main aim of the campaign therefore is to make calling Samaritans’ 24/7 confidential helpline an option for them.

“Equally, we believe that talking to anyone – family, friends, colleagues, health professionals – is better than suffering in silence and we hope that the campaign will also help men feel that they are able to express their emotions in today’s society.”

Welsh International rugby union referee, Nigel Owens, who tried to take his own life, said: “Men from my town would just get on with things, you weren’t even aware men had problems. My depression started because I didn’t like who I was and I was too ashamed to talk to anyone. I let these feelings build up and up, and before I knew it I couldn’t see a reason to live anymore, which is why I tried to take my own life.

“Looking back there were people I could have and should have turned to. I think that if I had been able to talk to someone that day, I might not have attempted suicide. Today, I can’t even find the words to explain how thankful I am that I am still here. That’s why this campaign is so important; because it has the power to make men aware help is available and that they should use it.”

For my story and contact details for Samaritans and other mental health crisis helplines in the UK and around the world please visit my blog at: