We all want to eat healthy, right? But sometimes it seems hard to cook from scratch and have a balanced diet, time and budget seems constantly against us? Well we at Mental Healthy have been banging on about the virtues of healthy eating since we began. 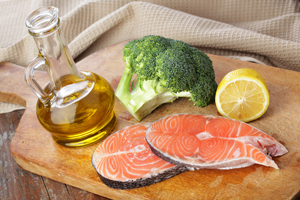 Not only does a good meal feed your body, it also feeds your mind, so we are so pleased to hear about this new campaign launched by Public Health Minister Anne Milton and TV chef Ainsley Harriott. The campaign ‘Supermeals’ has been created to help families across the land plan affordable, healthy meals.

Shockingly the nation’s second favourite dinner is a sandwich, and this is just the kind of food culture the organisers are looking to shake up. Change4Life is helping equip families with everything they need to make healthier their mealtimes.

The scheme will help families achieve healthier mealtimes by doing the following:

Ainsley Harriott’s cookbook that supports the campaign contains a whole month’s worth of healthy meals for under five pounds, proving healthy meals don’t have to be costly or difficult

“Sometimes the thought of making meals from scratch can seem a bit daunting, but I have always tried to assure people that cooking at home can be really quick, easy and doesn’t need to break the bank.

Public Health Minister Anne Milton said "The Supermeals campaign will give us all some great ideas for balanced meals on a budget.

Let us hope that this great initiative sparks the imagination of the nation.

Mind Food - An Introduction to Eating for good Mental Health

Herbs for anxiety, depression and other mental illness

A table showing the effects of different herbs and more