We tend to imagine that the younger a person is, the more fit they are likely to be.  That is, very often, not the case. 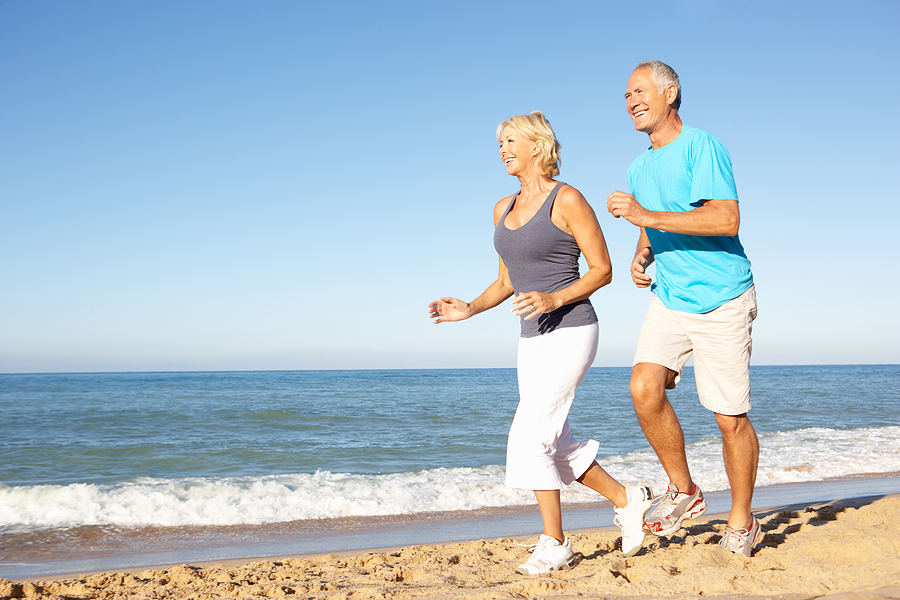 Physical activity at any age is what determines physical fitness, not age, according to new research.  Mental Healthy, along with many experts in the field of mental health, advocates physical health and fitness as being important to good mental health.

The researchers who carried out a new study say that exercise is the key.  It appears that the intensity of the exercise may be more important than the duration of it.

In this new study the researchers show that by increasing the intensity of your exercise, you can hold back the risk of metabolic syndrome, the set of risk factors that can predispose people to stroke, cardiovascular problems and type 2 diabetes.

‘Physical condition is the most important factor in describing an individual’s overall health, almost like a report card,’ says Stian Thoresen Aspenes, who conducted the research at the Norwegian University of Science and Technology’s (NTNU) K.G. Jebsen Center of Exercise in Medicine.

This study used information from 4,631 healthy men and woman from Norway’s largest health database, the Nord Trondelag Health Study (HUNT) to scrutinize the fitness of adults from all age groups.

In 2007-2008 the HUNT participants underwent laboratory tests to check their peak oxygen uptake, called VO2peak.  This is used as a measure of overall fitness.  This collection of information is the largest database in the world which objectively measured VO2peak in healthy men and woman aged between 20 and 90 years of age.

Using the detailed information from the database is what enabled the researchers to compare measures of fitness with cardiovascular risk factors.  It also assisted with other assessments of overall health and gave them the statistical power to confirm that youth is not everything when it comes to being fit.  This fact has also been suggested by previous studies.

The research data also shows that those who were least fit also had the worst measures of cardiovascular health, such as higher blood pressures and higher cholesterol levels.

The researchers also looked at the importance of the intensity of exercise versus the duration.  They found that intensity was far more important than duration in determining peak oxygen uptake.

Women whose fitness values were below the median VO2peak were five times more likely to have a cluster of cardiovascular risk factors compared to those in the highest quartile of VO2peak.

The risk for men below the median was even higher.  They were eight times more likely to have a cluster of cardiovascular risk factors compared to those in the highest quartile of VO2peak.  Even small differences in VO2peak were found to be associated with a worse cardiovascular risk profile.

This new research demonstrates the importance of maintaining some level of physical activity.  It also suggests that the benefits from having been active when young are small if you become inactive later in life.

‘Even if you were highly active at a young age, you have to keep being active to get the health benefits from it,’ says professor Wisloff.

Dealing with depression - Self help

Fitness - The benefits of walking

Research into the link between exercise and better mental health

How to boost your mental health