A Guide to fears and phobias

What is a phobia?

A phobia is an irrational, persistent fear of things or situations. The source of the fear can create a strong panic reaction, symptoms can include: 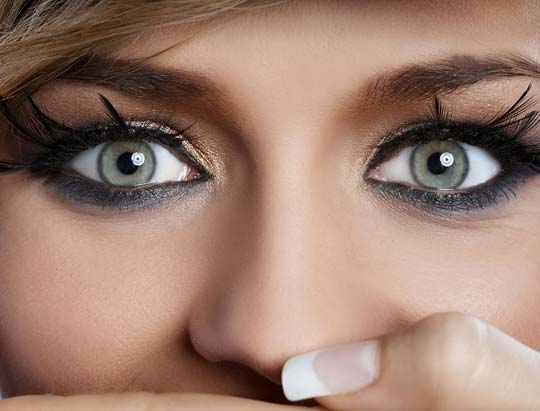 In time, just thinking about the cause of the fear can provoke those symptoms. Many people have fears or mild phobias that do not need treatment and do not intrude in their life or those of people around them, but phobias unlike rational fears, negatively affect their lives and moderate and severe phobias are likely to require treatment.

Any phobia is tough! No one likes to experience irrational fear over anything, but arachnophobia has to be up there as one of the most invasive. A fear of dentists is obviously troubling, especially if you have a problem with your teeth – however you are unlikely to encounter a dentist or two running across your lounge wall or lurking under the stairs!

If you have a phobia, or other anxiety disorder, our 'Overcoming Anxiety' programme can help you.

Fear is a built in safety mechanism that all human beings should have – it is natural and can even be life saving.

If we came across a hungry tiger loose in the woods, it would be natural to feel afraid – fear acts as a warning and a physical response to danger. However, fear is not so welcome when it is misplaced. When we become frightened of something that does not pose an immediate threat, or when danger is not even present, it becomes a problem.

Fear or phobia? – The difference

Fear or phobia? That is the question! Many of us would be afraid if the aeroplane we were on was struck by lightning, or if we fell from a high building, however, the fear of these events happening, does not preoccupy our lives.

While a lot of people do not enjoy a spider crawling on their body, an arachnophobia sufferer (phobic of spiders) will be psychologically and/or physically traumatised just by the thought of it. Phobia sufferers have an anxiety disorder that exists even when danger is not immediate or present. It is an irrational and extreme fear.

Some phobias are well known (e.g. phobia of flying, phobia of spiders, and phobia of heights) and some are virtually unheard of (phobia of the number 8, sitting down, even a phobia of chins!). In any case, whatever the phobia may be, whoever is suffering from it, is experiencing a great deal of anxiety and a level of fear that is unreasonable, irrational and excessive.

A phobia can be of an object, an animal, a place, or even a situation and the list of things, people can be phobic of, is almost endless.

Phobias are categorized into two types: “simple” and “complex”.

Simple phobias are fears of a very defined and specific object, animal or situation. Examples of these would include:

These “simple” phobias are usually are usually easier to detect and treat. They usually start between the ages of four and eight and they can often, but not always, disappear on their own as the child gets older.

“Complex” phobias can be more difficult to live with because the root of it cannot be pinpointed to a specific cause and they are often associated with a deep-rooted fear or anxiety about a particular circumstance, therefore are usually harder to treat.

Complex phobias include agoraphobia and social phobia; they usually start much later in life. Social phobias, for example, often develop during puberty and agoraphobia slightly later during our teens or early twenties.

When a simple phobia is of something that you can avoid, such as a deadly snake, (and the closest we would normally come to this would be a picture) then, although still distressing, the phobia is easier to manage than one of an object that is far more difficult to avoid. Having a phobia of germs or something else we cannot see is extremely disabling, again, an extreme fear of sitting down would have more than just psychological implications!

Complex phobia sufferers would, therefore, find it very difficult to live a normal life. If you have a simple, or complex phobia our 'Overcoming Anxiety' programme can help you.

Why do phobias develop?

It is often uncertain where phobias come from, how they start and develop. Some start for no apparent reason in childhood, some come as a result of an accident, a trauma or an event that marks our life somehow.

CASE STUDY: Take my father-in-law for example, when he was 5 he and his mother were scheduled to be on a flight that, for some reason, they missed. That flight crashed! Since then, he couldn’t even look at a plane on TV without cringing. He has now thankfully overcome this after 60 years! – He was forced to come to England for my wedding to his son. It was only when his fear of not seeing his son’s wedding became greater than the fear of flying that he could face it and overcome. He has flown many times since.

How common are phobias?

Phobias are more common than you might think: they are the most common type of anxiety disorder.

The good news is almost all phobias can be successfully treated and cured. The old school treatment of simple phobias was called ”systematic desensitisation”, in which people were exposed to their fear in a hierarchical way (a step by step approach increasing one’s exposure to the fear), ending the exposure once the person became anxious and then start all over again, going one step further.

Nowadays, with the introduction of CBT (cognitive behavioural therapy), the treatment becomes more intense. Not only the person gets exposed to the fear, but when he/she becomes anxious, the exposure doesn’t end and instead he/she gets taught how to deal with those feelings.

This treatment can take some time and often has a focus on the root cause of the fear and underlying anxiety.

If you are suffering with a phobia that is already, or beginning to, interfere with your ability to lead a normal and full life, and you cannot challenge it on your own or with the help of family and friends, it is time to seek professional help.

Please see some resources below, and remember your GP will be able to guide you further.

Help us help others! If you have a story you would like to share or if you are an expert wishing to contribute, we would be delighted to hear from you. Please contact our features department for consideration on:liz@mentalhealthy.co.uk.