Arachnophobia is one of the most common phobias, affecting millions of people around the world. Like most phobias, it affects sufferers to different degrees and in different ways. 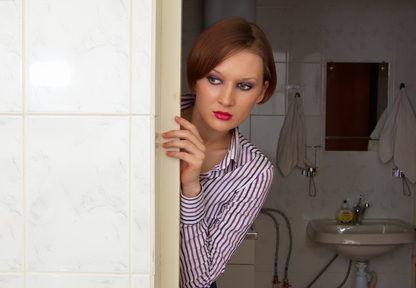 Arachnophobia is commonly known as the specific phobia of spiders, although the term also covers the fear of scorpions, ticks, mites and daddy longlegs. The majority of sufferers, however, are mostly phobic of spiders.

Arachnids aren’t very popular amongst many people, but for some they are much more than just a household annoyance. Sufferers of arachnophobia can go to many lengths to avoid coming into contact with spiders, such as avoiding camping or going abroad, ritually checking their bedding and clothing for spiders, even avoiding films that may contain spiders.

In the event of coming into contact with or seeing a spider, someone with arachnophobia will feel extreme anxiety, they may have to flee the situation.

Symptoms of panic and anxiety, such as rapid heart rate, shaking limbs, nausea, shortness of breath and lightheadedness are common when experiencing a phobic reation. This is the body preparing to 'fight or flee', and can be very distressing for sufferers.

In serious cases, sufferers of arachnophobia may avoid going outside at certain times of the year. Certain behaviours may become the norm – such as ritually searching for spiders on entering a room. Anxiety may be triggered just by the thought of a spider, seeing a picture of one or watching a film that contains spiders.

Like many types of phobia, arachnophobia can be triggered by a traumatic incident involving a spider that occurred in the past. In some cases, this can be an event that a sufferer cannot even remember.

One common theory of the origin of arachnophobia is held by evolutionary psychologists, who suggest that the phobia has originated from our ancestors as a survival technique. Although most spiders are harmless, avoiding snakes, scorpions and spiders will have increased our ancestors’ chance of survival and ability to reproduce. It is thought that this primitive behaviour has passed through evolution and is a contributing factor to arachnophobia today.

Another theory behind the cause of arachnophobia is our cultural background. In some parts of the world, the general population is unafraid of spiders, and in some cultures they are a delicacy. In the UK, spiders are often featured in horror films and they are culturally seen as not very nice creatures that are just household nuisances. This could explain, to some extent, why people can become scared of spiders.

Similarly, if a sufferer of arachnophobia has a parent who has displayed fear of spiders, this behaviour can be learned from a young age.

Rachael has been severely phobic of spiders for as long as she can remember, and is scared of money spiders, tarantulas and every spider in-between. Her phobia does not only affect her in the daytime, it also has a negative effect on her sleeping patterns. She says:

“I regularly suffer from nightmares, where I will have full-on screaming fits. I cannot watch spiders on television and I can't be near them.”

Rachael’s phobia negatively affects her living situation, too, and as she has recently graduated from university, she has found it problematic living with others. In fact, most living situations are affected by her phobia: “It can be a problem when living by myself and when moving in with strangers. The nightmares have also caused issues with relationships as I am such a traumatic sleeper it can affect the sleeping of others”.

Like most phobias, arachnophobia can be successfully treated. Usually treatment involves cognitive behavioural therapy (CBT). A counsellor will work with the patient to alter their patterns of thought in relation to their phobia of spiders. This may also involve introducing the patient to mild exposure of their phobia and situations that create anxiety.

Systematic desensitisation is also a popular treatment for arachnophobia. This is a therapeutic intervention whereby the sufferer will work on relaxation techniques that they can use on a daily basis, and be exposed to low-level and gradual exposure of their phobia. They may also be asked to write down several hypothetical circumstances involving spiders and learn to deal with these.

Anti-anxiety and sleep medication may also be used in some cases, if a healthcare professional feels it is right for the individual, but getting to the root of the phobia and working to alter phobic thought patterns is a successful long-term solution to arachnophobia.