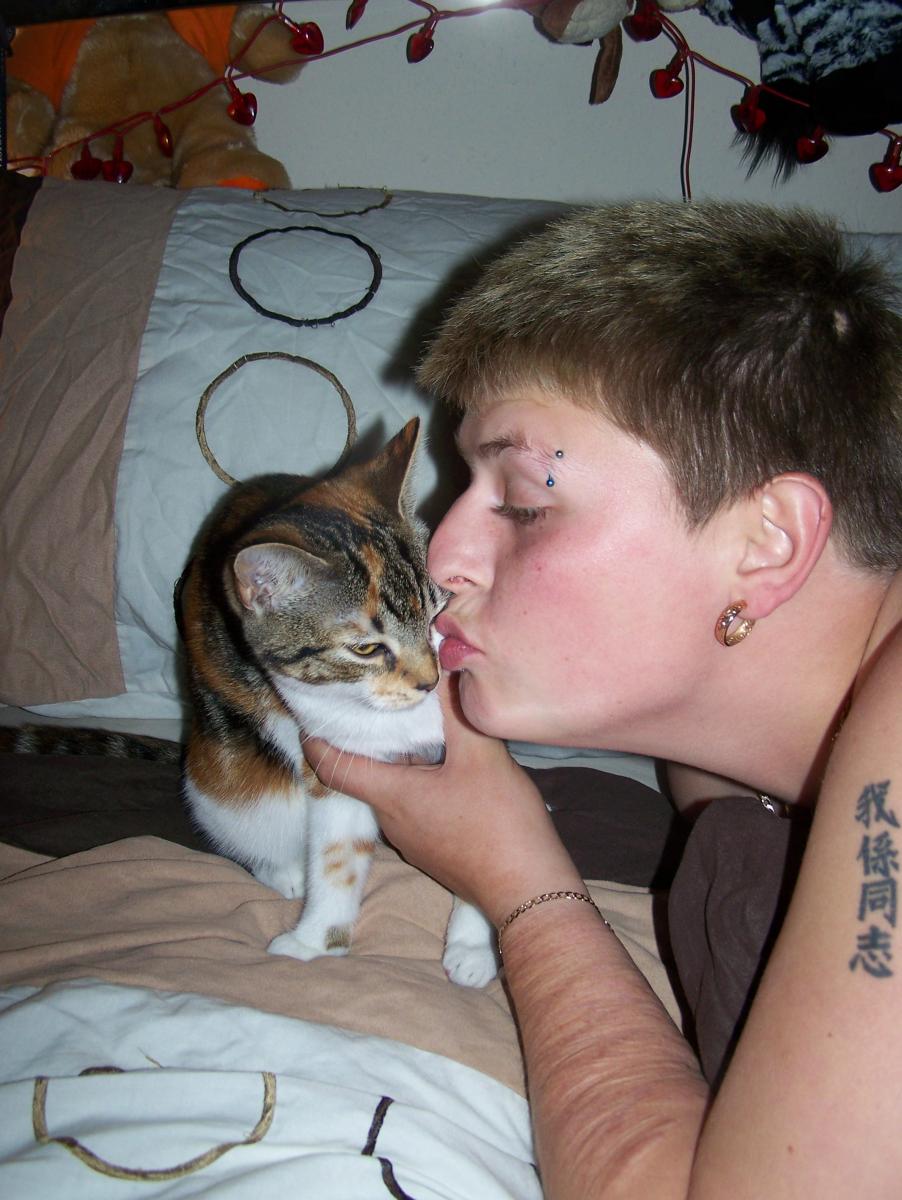 Louise Wright, known to her friends as ‘Lou’ was just 26 years old when, under the supervision of a secure mental health unit she died from injuries consistent with strangulation, these injuries are believed to be self inflicted, despite her apparent and documented suicide risk. We look at Lou’s story and ask how this tragedy was allowed to occur and what changes must be made to ensure it doesn’t again.

The following is in the words of her fiancé Danielle McColm

“I met Lou three years ago last Christmas. The first thing I noticed was her sparkling blue eyes and cheeky smile. Like everyone else I had received the full Lou front – the one she presented to the world – but even then I got a glimpse that there was so much more to her than that.

We met again a little while later and something just clicked. I suppose you could say it was quite a whirlwind romance. Lou had problems. I kinda knew from the start that it wouldn’t be plain sailing, the scars on her arms told me that much. But it wasn’t those external scars that proved to be the problem, they were just the marks of much deeper ones. I had seen something in Lou, something wonderful beneath all the facade and I knew there was something very special – something I wasn’t going to give up on or shy away from.

The first few months of our relationship were full of ups and downs, I tried really hard to fight the preconceived ideas Lou had about relationships. She believed that I was going to abandon her and hurt her. I know that it had a lot to do with her experience of relationships in the past, her childhood had been less than stable! But also, as I discovered, the fear of abandonment was a big part of her condition.

The condition she had been diagnosed with was BPD, borderline personality disorder. I knew very little about it when I met Lou, but learned the hard way about it thereafter! It was the demon that poisoned my beautiful bright and bubbly Lou into a terrified and lonely girl, however much I loved and tried to help her.

Lou had been diagnosed with the condition in 2006 during an inpatient stay. She had been in and out the system all her life and didn’t know the meaning of the word stability.

The abuse and assaults she had been through had pushed her into a bad way of life for a few years, and after her days in and out of care, she continued this cycle of institutional life by going in and out of prison, then the hospital.

I really aimed to change all that and I truly (and maybe naively) believed if I loved her more, if I showed her more, if I gave her everything and didn’t leave her, I could change this insecurity, still holding onto the belief that I held some power and that if I could prove to her and make her see things as I saw them, things would one day be alright.

For a time it seemed to get better. She moved all the way to Dorset to be with me and we got a little place together.

Her drinking, which had been a problem when we met, was brought under control and she really started to turn her life around. She began to trust me and we were making plans – something she had never allowed herself to do before. We also did things that she’d never done before like having a birthday cake or flying a kite. I’ll never forget her cheeky grin and childlike eyes as she saw that cake my grandma and I had made for her. I just wanted her to feel special and I think in those moments I succeeded. I felt on top of the world that the Lou I loved was beginning to come through to the surface and was really beginning to trust me. 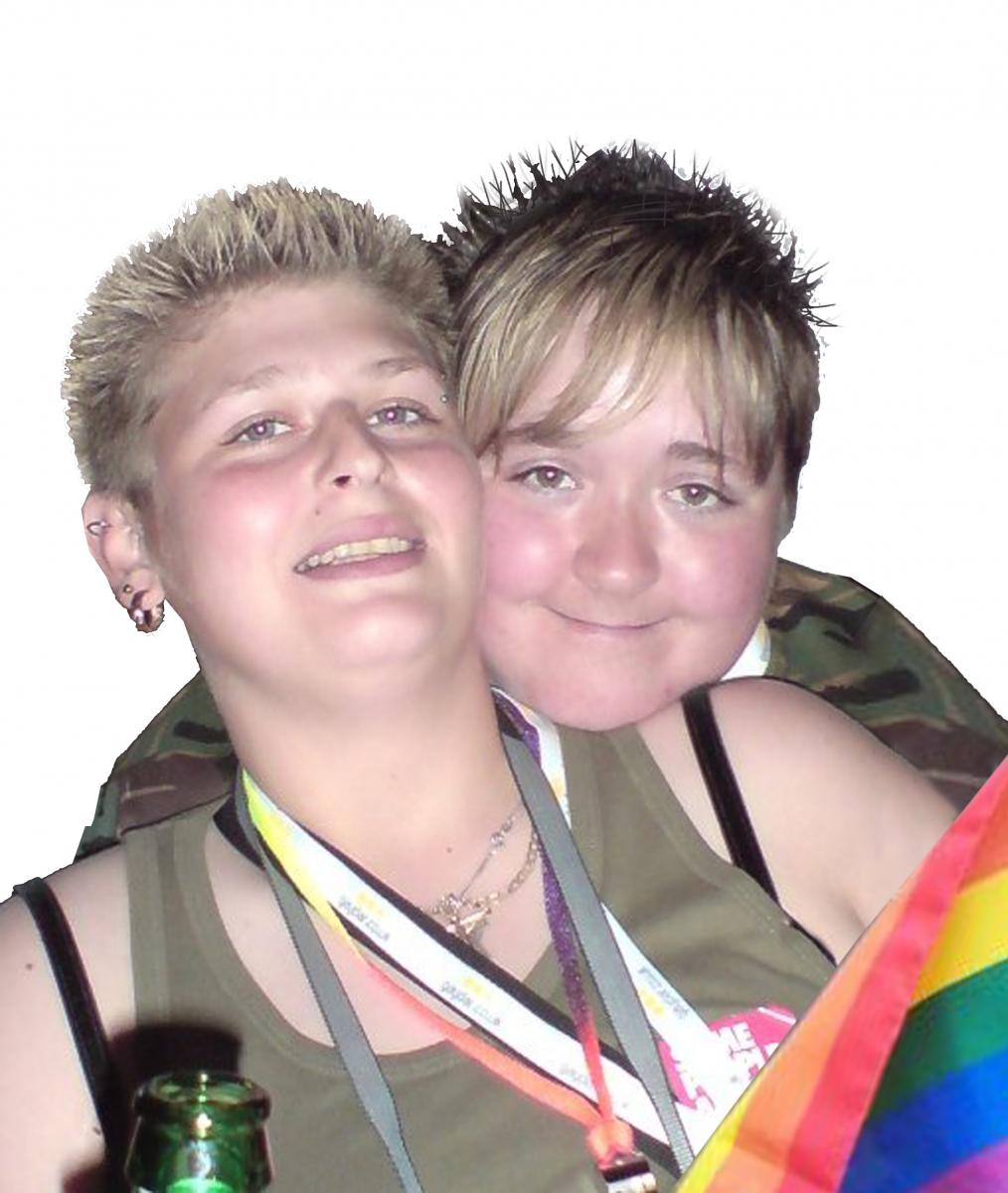 She started going to a really great day centre called Whitfields, which showed her she had a passion for animals – suddenly she had a focus. That focus gave her a new lease of life and she was determined to go to college and study agriculture and animal care. She now had a dream and a goal in both her personal and professional lives, a place she’d never thought she’d be.

This passion and her newfound trust in me gave her so much hope that the future was no longer something she looked at with dread, but something she started to look forward to.

The self-destructive tendencies really seemed to get under control. She went a whole eight months without self-harming so she could prove to her CPN (Community Psychiatric Nurse) that she was ready for college and she put in an application.

I had never seen Lou so focused. The regret and self-hatred over the things she had done and the scrapes she had got into in the past ripped her apart, but I could see that her self-esteem was starting to come back. She was finally realising, “Maybe I could be good for something”.

Then the blow came: her CPN had discouraged the college from accepting her and the BPD diagnosis once again brought stigma and a closed door. So despite being clean from drink, drugs and self-harm she wasn’t given the chance she was praying for. That is when things went downhill again.

This was definitely not the first time we had encountered misunderstanding of her condition – it had been a weight around her neck for many years.

When Lou had experienced hard times, when she had heard voices, when she became paranoid, she was constantly assessed with her diagnosis in mind. This often led professionals to write her off as ‘attention-seeking’ or ‘making things up’ because it didn’t fit neatly into their preconceived ideas of BPD.

But then they weren’t the ones to sit with her as she shook in fear or cut herself... They left that bit to me! 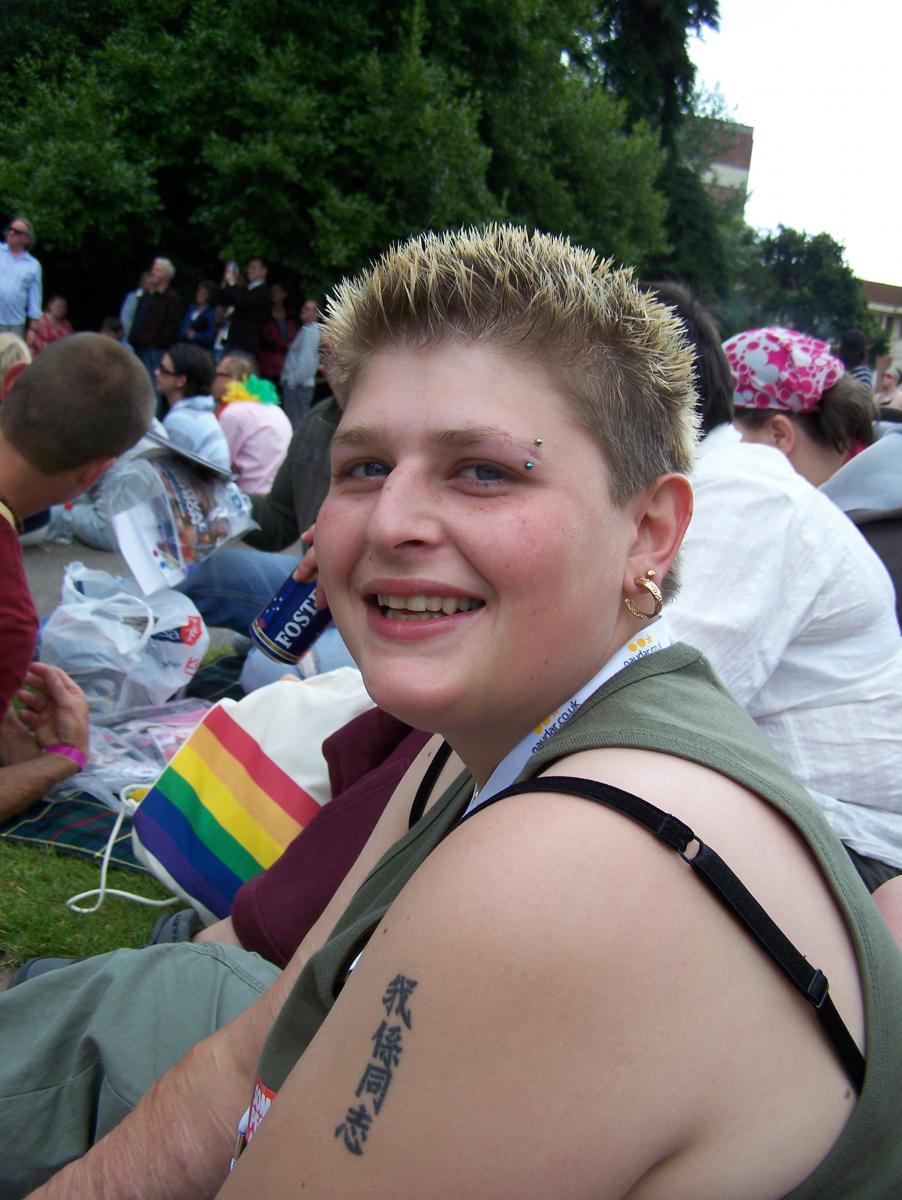 I know I changed her view of relationships, of sex, of life, but one thing I never seemed to be able to touch was her view of herself. If only she could have loved herself as others loved her. If only she could have believed us when we told her how valuable she was – but our words always fell on deaf ears. Some days it was like talking to a brick wall, the self-hatred she had was just so ingrained.

My friends and family were worried that I had taken on so much, they saw the pressures of our relationship, of Lou’s relapses back into the old behaviours, but I wasn’t about to give up on her – it was people giving up on her that had got her here.

Self harm and suicide attempts

Without the promise of college and her dreams of the future shattered, Lou seemed to lose so much faith in this world and in herself. On December 27th 2010, Lou took a massive overdose and ended up in intensive care.

Something just died inside me at the very thought of losing my Lou, but thank God she came round – only to say “I don’t wanna be here!”

It was at this time I realised just how poor the mental health services were. Yeah we had been let down at times, but right now – when we needed help the most – she was just discharged into my care! Yes I love her, but I didn’t know how to help her get better. Obviously I continued to try! But after a week of home visits from the community support team, the support soon waned and in January we were back in hospital after another overdose.

On 17th February Lou admitted herself to Forston Clinic. She was hearing voices again and wanted to kill herself, she needed help and asked for it – that is what you should do, right? Ask for help!

Despite being a known self-harmer and suicide risk, in those few days she was able to get hold of objects to self-harm with, to enable her to escape (from a secure unit!), to get access to an open medical room and get syringes. But the last betrayal, the final and most costly betrayal, was to come on 25th February!

This day was going to be a tough one for Lou as it was the day her niece was being buried. I had warned the staff several times and this was written in her notes.

I went to visit Lou that morning, but as she was tired I left her to rest for a couple of hours and went for a haircut, to return that afternoon. As I left the hairdressers’ I had the phone call I had been dreading.

I rushed to Dorchester hospital where Lou was in intensive care. She had strangled herself and been without oxygen for 15 minutes before someone found and helped her. The damage had been done and, despite a valiant struggle for life over the weekend, on Monday 28th February at 12 noon, holding my hand, Lou lost her fight for life.

The staff gave me a suicide note that Lou had written three days earlier. I have since been told the staff didn’t take her threats of suicide too seriously because she had BPD – they thought she just wanted attention. Well, it turns out they were wrong, what she wanted was help – the price she paid was her life! I will always ask why, despite asking for help and being in a secure unit, no one helped her and she was left to die?

My Lou, I love you, I always will – to me you were perfect. I’m telling your story to try and lift the lid on the stigma surrounding BPD. The thoughts that keep me going are that you believed in God (although I don’t) and went to be with him. Wherever you are, I know you are in a better place, free from the pain... Now all I have to do is learn to live with mine. x”

Our thoughts and wishes go out to Danielle and the rest of Lou’s family. An inquest is expected and we shall report it’s findings.

“We are unable to comment on individual cases, however we can confirm we are aware of the concerns raised which are part of an on-going internal investigation. The NHS Dorset Customer Care Team are willing to discuss these concerns as part of a formal complaint”.

The NHS Dorset Customer Care Team can be contacted on 01305 368914. Issued by NHS Dorset communications team

If you have a story you think we should know about please get in touch, help us give a voice to those who for too long have been silenced. Please e-mail features@mentalhealthy.co.uk and a member of our team will be in touch.

We hope you have found this information useful, please also see

What is Borderline Personality Disorder

What is Borderline Personality Disorder (BPD)?

Cyber-bullying affects 1 in 5 youngsters in the UK, study shows