Depression ‘hard-wired’ in the brain for survival

Depression ‘hard-wired’ in the brain for survival

Because of the prevalence of depression, biologists in the United States have been taking a look at the 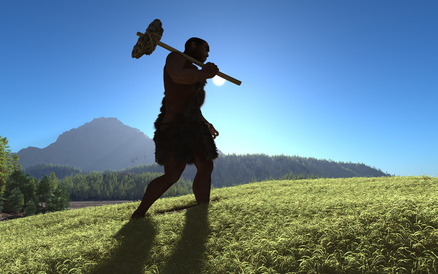 possibility that depression is ‘hard-wired’ in our brains.

In the past it has been suggested that depression, in terms of evolution, affects behaviour in social terms.  Now it is being considered in a different way by psychiatrists who are linking depression with resistance to infection.

Andrew Miller, MD, William Timmie professor of psychiatry and behavioural sciences at Emory and Charles Raison, MD, propose that the genetic variations that cause depression may have originated during evolution.  They further suggest that this may have helped our ancestors to fight infection.

It has been noted, for several years now, that researchers see a connection between depression and inflammation also over-active immune systems.  It has been observed that even when not fighting infection, depressed individuals are inclined to have a higher level of inflammation.

Miller says ‘Most of the genetic variations that have been linked to depression turn out to affect the function of the immune system.  This led us to rethink why depression seems to stay embedded in the genome.’

Raison adds ‘The basic idea is that depression and the genes that promote it were very adaptive for helping people, especially young children, not die of infection in the ancestral environment, even if those same behaviours are not helpful in our relationships with other people.’

In early history survival of infection was vital and to this end the ability to fight infection was passed on in our genes.  Because of this fact, the study authors suggest that evolution and genetics have tied depressive symptoms and physiological responses with the aim of reduction of mortality from infection.

The psychiatrists note that adaptive behaviours such as social avoidance, fatigue and inactivity, fever and anorexia could all arise from the ancient need to contain infection.  This could explain why people suffering from stress also run the risk of depression.  They further note that the link between stress and depression can be seen as the ‘by-product’ of the process that pre-activates the immune system, for example in anticipation of a wound.

Miller says that disturbed sleep patterns can be observed in individuals with mood disorders and when their immune system is activated.  This may arise from the necessity to stay awake to fend off predators after injury.

Miller and Raison are currently working on research to see if certain medications which are used to treat auto-immune diseases, can also be useful when used to treat depression, particularly treatment-resistant depression.

Miller and Raison’s proposal appears in the journal ‘Molecular Psychiatry’.