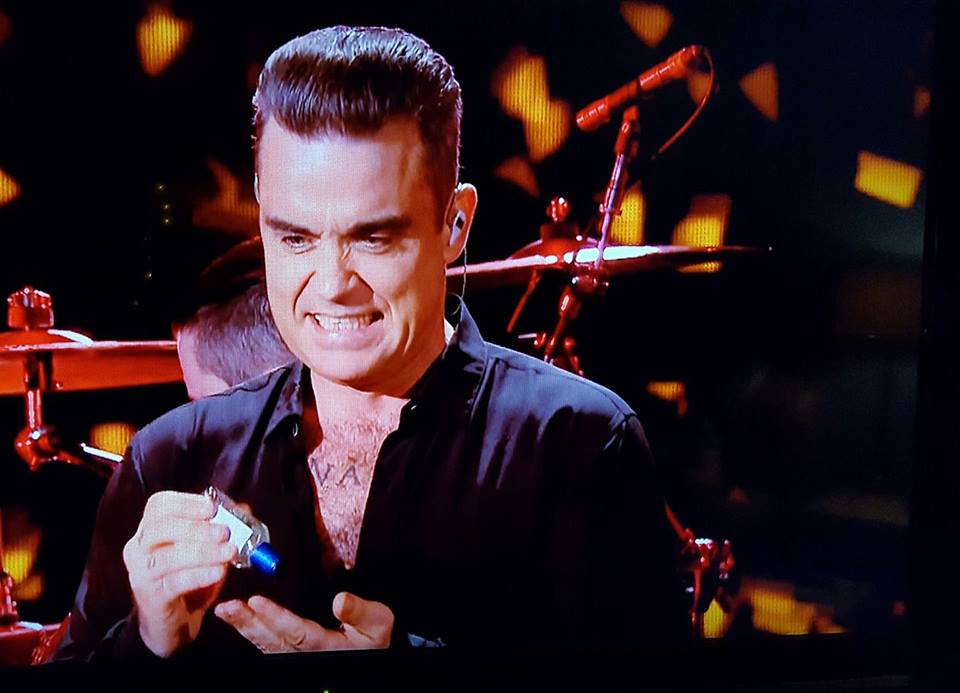 An act that may pass as a quick laugh for many, marks a huge sigh of relief for people like me. Robbie Williams, yes the super-star singer of Take That fame, openly, and with a look on his face so many OCD sufferers will be all too familiar with, gelled his hands after Auld Lang Syne with members of the audience, during New Year celebrations.

For years I have struggled with OCD and a huge phobia of germs. I have tried to conceal my illness, I have felt strage and foolish on countless occasions; once during a very important meeting I was stuck in a toilet for 22 minutes because I could not bring myself to touch the inward pulling door handle. I use gloves at petrol stations, I hold my breath if anyone sneezes and heaven forbid I have to shake hands with someone!!! But these feelings are not reserved for mere mortals like me...

During his 'Live at Big Ben' concert that saw veiwers through the 2016 - 2017 New Year celebrations, Robbie ran through the audience, touched hands with many fans and did his job perfectly. However, Robbie has always been very open about his anxieties, and, being obviously difficult for the star, as soon as he returned to the stage, he gelled his hands.

Today (Jan 1st 2017) the papers are reporting the incident with the sort of ridicule you would expect, and even we are using the image that has now gone viral, however we do so with the gladness, gratefulness and knowing humour that Robbie Williams is human too, and if he can get out the hand gel in front of millions of people live on the BBC then maybe we can Detol our desks and slap on the antibac with our heads held high!

Robbie Williams we salute you!