Having it all can take it's toll

Work deadlines, laundry piling up, legs to wax, hormonal changes and a family to tend to... is it any wonder that women have less time to look after themselves and could be buckling under the pressure of achieving and maintaining the ‘have it all’ life?

According to a recent study conducted by the women’s charity Platform 51, the amount of women presenting to GPs with symptoms of depression is rising. One could look at this positively and attribute it to the fact that as a society we are increasing more at ease with discussing issues of the mind with doctors; the days of carting off the ‘hysterical’ woman, although not entirely over, are largely distant. 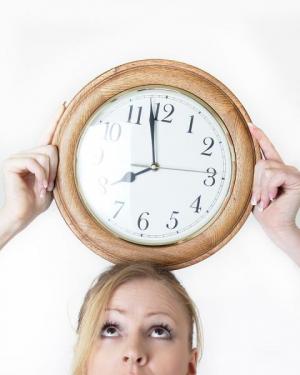 However, there is a more worrying aspect to this research, and that is the suggestion that over half of these women are prescribed antidepressants without also being offered any alternative therapies.

The National Institute for Clinical Excellence (NICE) guidelines states that drugs are not recommended for use in the initial stages of mild depression, and it is only when individuals do not respond to other treatments, such as low-intensity psychological therapies or talking therapies, that drugs should be considered. Even in cases of moderate to severe depression, where there may be a much greater need for medication, drugs should only be taken in combination with high-intensity psychological intervention, such as cognitive behavioural therapy (CBT) or interpersonal therapy. Therefore NICE is quite clear that drugs should not be used as the only treatment offered to people with depression.

How long should I take these for?

Furthermore, many women who are prescribed antidepressants are left to take them for long periods of time without regular review. Referring back to the NICE guidelines, anyone on antidepressants who is not considered at risk of suicide should be seen by a health professional after two weeks and then every two to four weeks for the first three months. If the response to this is positive, people should then be seen at slightly longer intervals whereby the use of medication is reviewed. But largely this isn’t happening as around a quarter of the women in Platform 51’s study have waited a year or more for a review. As a result, many women are ceasing medication without any medical guidance, and this can have detrimental effects on mental health.

The knock-on effect from the lack of reviews is the dependence on medication that can go unnoticed for years, with over half using antidepressants for five years or more, and a quarter taking them for ten years or more.

Isn't that what pills are for?

Some would argue, and they are right, that medication has a very important part to pay in the treatment for depression, and that we live in an age where advances in pharmaceuticals mean that people do not have to suffer in silence, or try to self medicate, as generations before us would have done. In addition, if it is there to help then why not take it? You wouldn’t say to someone with heart disease: ‘ditch the Warfarin and tell me how you feel.’ But neither would that person be left on a drug like Warfarin without regular review. 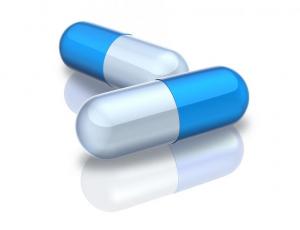 It's time to put ourselves first

Again, it comes back to medical guidance, information and choice. When someone goes to the GP to discuss mental health, they deserve to be able to make an informed decision, taking into account the side effects and support plans of the treatments available to them. Scribbling a repeat prescription and then not seeing that person again for years (which according to the Platform 51 report, is happening all too frequently) is simply wrong.

As well as this, other issues need to be addressed, such as that for many people there simply isn’t the time, or the desire, to talk through problems. Every individual is entitled to their own opinion and they are free to live life the way they choose. However, the danger is that unless we accept the need to take the foot off the pedal, and address mental health when it is required to do so, (just as when we have flu and we are on our backs, we really shouldn’t be trying to carry on as normal), and understand that we must get better first, we are at risk of running ourselves into the ground.