Photos of Duchess of Cambridge used on anorexia websites

Photos of Duchess of Cambridge used on anorexia websites

‘Stretched’ photographs of Catherine, Duchess of Cambridge, have been used on websites that promote 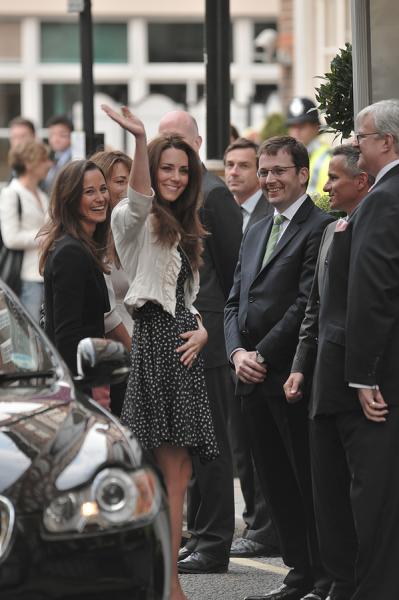 According to a report in today’s Daily Star, Kate Middleton is currently unaware that these pictures have been used in this way.  It is reported that both she and Prince William, who are currently on a tour of Canada, will be devastated by this.  Prince William’s mother, Princess Diana, fought a long battle with bulimia.

Princess Diana openly admitted that she began to follow a strict diet after comments on TV and in the press about her ‘podgy’ appearance.

We chose not to identify any of the websites responsible for this despicable promotion of ‘thinness’  but one of them says:

‘All human beings want to look their best.  That means the right weight for your height and bones.’

But indeed, the website does not promote the 'healthy' lifestyle this would insinuate, it, in fact, goes on to say:

‘The Romans made vomiting part of their society.  Today it has morphed into something else.  Call it whatever you want – proana, calorie restriction, bulimia, vanity, anorexia – it is the desire for perfection.’

What is very worrying is that many impressionable young women have commented on the photos, saying that they admire Kate for her slenderness.  The comments appear to be written by very young girls.

Susan Ringwood of the eating disorder charity B-eat said ‘These pictures are frequently digitally altered to make them appear even more slender’.

‘Several people in the public eye have spoken about how distressing it is to find their image has been used and frequently altered.’

These websites have used other celebrities in the past to promote their sick obsession.  Cheryl Cole, Kate Moss and Victoria Beckham have all found images of themselves used in this way.

A spokesman for Clarence House did not wish to comment last night.

Anorexia Nervosa: a survival guide for families, friends and suffers by Janet Treasure. Published by Brunner-Routledge

Buy this and other useful books here.