What is the secret to happiness?  If there was one definitive answer wouldn’t that be great.  Happiness is 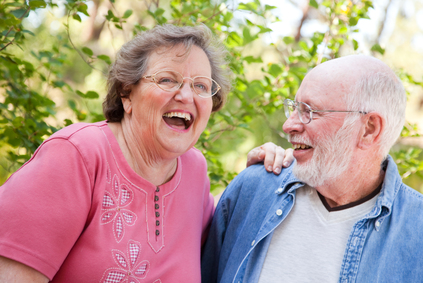 objective and felt in different ways by different people.  It would seem that having a ‘glass half full’ attitude is the secret to happiness in old age and holds the secret to successful aging, according to a recent study.

Professor Dipip Jeste, President of the American Psychiatric Association and Distinguished Professor of Psychiatry & Neurosciences at the University of California, spoke of his study this week at the Royal college of Psychiatrists’ International Congress in Liverpool.  He said that being optimistic is an important strategy for living a happy old age.  Wisdom, resilience and a stimulating environment are also  key qualities which are linked to an enjoyable retirement.

Dr Jeste’s study is called ‘The Successful Aging Evaluation Study’ (SAGE).  The study began in 2010, and has been evaluating what factors are associated with successful aging.  More than 1,000 participants were randomly chosen.  The participants were aged between 50 and 100 and live in San Diego, California.  It is no surprise that the early findings show that physical health tends to decline as people get older, however, poor physical health is not necessarily associated with a negative experience of aging.

The participants were asked to rate whether or not they thought they were aging well.  It was found that the older the person was the more likely it was that they would be positive about aging.  It was also found that having a positive attitude towards life was associated with aging successfully.

‘This study shows that just because our physical health tends to decline as we get older, doesn’t mean we can’t have an enjoyable old age. Society tends to have a negative attitude towards older people, but getting older is not all doom and gloom. Being optimistic, resilient, keeping the mind active, and living in a stimulating environment are essential qualities that help people to get the most out of life as they get older,’ Dr Jeste told conference delegates.

Dr Jeste prompted psychiatrists and other health professionals to bear in mind that staying mentally active and having a positive attitude to life are important factors in staying well and not to measure older people’s well-being purely on their physical health.

Caffeine may protect against Alzheimer’s disease

Treat all dementia as depression first