Prenatal exposure to pollutants linked to attention disorders in children

Prenatal exposure to pollutants linked to attention disorders in children 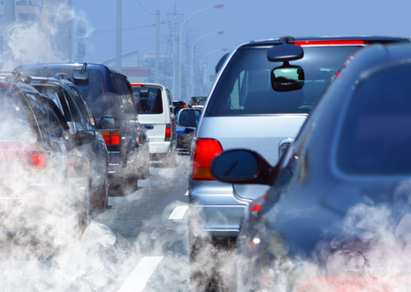 child.  Polycyclic aromatic hydrocarbons (PAH) are the cause of concern and are released into the air during incomplete combustion of fuels such as coal, diesel, petrol and other organic materials, according to a new study.

The study is entitled ‘Prenatal Polycyclic aromatic Hydrocarbon (PAH) Exposure and Child Behaviour at age 6-7 and the findings can be found online in Environmental Health Perspectives.  The findings raise concerns about the risks associated to exposure to air pollutions in pregnancy.

The researchers studied 253 inner city women who gave birth between 1999 and 2006 and were all non-smokers.  The research was led by Frederica Perera DrPH., director of the Columbia Centre for Children’s Environmental Health at the Mailman School of Public Health.

The study measured two complementary indicators of PAH exposure.  The first indicator was the PAH concentration in the air from personal air samples which were taken during the third trimester of pregnancy.  The second was a specific biological marker of exposure.  PAH-DNA adducts measured in the mother’s blood and that of the umbilical cord blood.

When a mother inhales PAH during pregnancy it can be transferred through the placenta and bind to the DNA of the foetus.  This forms ‘adducts’ in the blood and other tissues and provides a biological measure of exposure to a pollutant.

The mothers filled out a detailed assessment of how their child behaved.  This included whether the child had any symptoms of anxiety, depression or attention problems.  It was found that there was a strong association between high prenatal exposure to PAH and anxiety depression and attention difficulties in children.

Of the pollutants measured in the study it was found that, in urban air, traffic emissions are the dominant source.

Dr Perera concluded ‘This study provides evidence that environmental levels of PAH encountered in New York City air can adversely affect child behaviour.  The results are of concern because attention problems and anxiety and depression have been shown to affect peer relationships and academic performance.'