Too many psychiatric patients are being detained against their will

The former head of the Irish Mental Health Commission has said too many psychiatric patients are being detained against their will in the country. 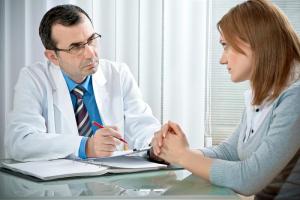 Hugh Kane is asking for changes in the law to ensure that more patients are treated in accordance with their wishes and receive alterantives to medication such as talking therapies.

His comments were made in today’s edition of The Irish Examiner newspaper.

Currently an adviser to Mad Pride Ireland, Mr Kane told the Examiner that once people are admitted to hospital, whether it is against their will or not, the remedy is medication. This is not good enough, he said.

"There is a role for it, and people often do need to be stabilised using medications, but we really need to get to grips with the underlying issues which are affecting people," he said, adding:

"We need to start using [cognitive behavioural therapy] and help people to get to the bottom of their problems otherwise they will not get better. Recovery has to be the focus."

In Ireland, legislation is broadly similar that that in the UK whereby two doctors have to agree to a person being “sectioned” before they can be compulsorily treated.  In the UK there is the additional safeguard of an Approved Mental Health Professional (AMHP – pronounced “amp”), formerly a social worker, who also has to agree before a person can be detained against his or her will. In both countries there are tribunals to which patients can appeal and many do so successfully.

According to the Examiner, the 1945 Mental Health Act criminalised the ill-treatment or neglect of a person in a psychiatric unit, but this was repealed under the 2001 act.  Campaigning group Mental Health Reform says force should not be used, and told The Examiner:

“We see no rationale for this. In light of the history of abuse in institutions in Ireland, it is important this provision is made in legislation to emphasise the unacceptability of abusive behaviour."

Benefits of Pay As You Go Healthcare

What is mental health?

Mental Illness - Yet another life lost whilst in ‘care’

Too many psychiatric patients are being detained against their will

Call for open investigations into deaths of mental health patients

Could beheading have been avoided?